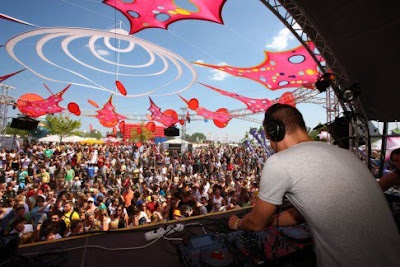 The euro and European stock markets strengthened slightly on relief that banks borrowed less than expected from the European Central Bank in its latest liquidity operation.

With the amount below the €150bn-€250bn expected, concerns about bank finances which have rocked stock markets and weighed on euro this week were temporarily eased.
Europe's single currency rose nearly a cent against sterlng, with one pound buying €1.2248. London's FTSE 100 rose 0.7pc but remained below 5,000. German and French bourses were up 0.4pc and 0.5pc respectively.

The ECB said 171 banks borrowed funds at a flat rate of 1pc in the operation. High demand would have sent a warning signal since the ECB is charging a relatively high interest rate compared to market rates.

Banks in countries including Greece, Spain and Portugal are increasingly dependent on the ECB for funding as they struggle to borrow from others due to concerns over debt and public finances.

However, it was still the highest ever borrowed in a three-month operation.

Gilles Moec, an economist at Deutsche Bank, said: "It's definitely a good sign and means there is still some interbank lending occurring within the European money market.

"We still have to wait for tomorrow to get the full picture."

On Thursday bank will have to repay €442bn in 12-month funds - the one-year loan's were the ECB's first and introduced to fight the financial crisis last year. They are not set to be renewed.

Michael Schubert, economist at Commerzbank, said the borrowing of €131.9bn in three-month fund was a little bit "below expectations".

"Such low demand means there is a risk of interest rates rising higher," he said. The fear is liquidity supplies could drop sharply on Thursday, potentially putting upward pressure on interest rates.

Asian markets fell for a second day on Wednesday in the face of mounting evidence that the recovery from the financial crisis is faltering.

The losses came after Wall Street fell 2.7pc to 9,870.30 overnight with a sharp fall in US consumer confidence in June raising doubts about growth in the world's biggest economy.

China’s stocks fell, sending the benchmark Shanghai Composite index down 1pc to a 14-month low of 2,398 on concern that policy tightening measures and the Europe debt crisis could hit growth. The index has fallen 23pc this quarter.

Bad economic newsflow from almost every corner of the world has cemented worries that the current strains facing Governments and banks could trigger a re-run of the panic of 2008, with traders selling all but the safest assets and depressing prices internationally.

Investors were faced with a downward revision of the outlook for China's economy by the Conference Board on Tuesday, poor jobs and trade figures from Japan, moves by the European Central Bank to scale back its emergency support for eurozone banks and protests in Greece against austerity measures.

Tuesday's fall in equities coincided with a rush to buy bonds, which pushed the yield on the 10-year Treasury below 3pc, commodity prices, including gold, were depressed.

"We are seeing a snowball effect of negative news," he said. "It's all rather messy out there. In the last few days there has been a tangible shift from complacency to a realisation that maybe things aren't looking all that good.

"This is almost identical to two years ago – complacency giving way to the abundant risks out here."

"Banks are facing some €442bn of funding coming off, and the likelihood is that they have to tap the three-month window for a major chunk of that. The fear is that the ECB is trying to wean them off this support at one of the most difficult points."
Eingestellt von Lily-Baby-Shop um 09:07 Keine Kommentare:

Why house prices must fall by 28 per cent - Ian Cowie - telegraph.co.uk/finance

Ian Cowie
Ian Cowie joined The Daily Telegraph in 1986 and has been personal finance editor since 1989. He is @iancowie on Twitter.

A trivial increase in house prices this month has prompted speculation that the market may be stalling but prices would have to fall by 28 per cent from their current level to become affordable for first-time buyers.

Nationwide, Britain’s biggest building society, calculates that average house prices edged up by 0.1 per cent in June to stand about 3 per cent higher than they did at the start of the year. While the headline figure attracts most attention, Nationwide also measures affordability by measuring house prices as a multiple of gross or pre-tax earnings.

On that basis, housing remains far more expensive than the long term average. For example, Nationwide’s first-time buyers’ price/earnings ratio increased from 4.4 in the first quarter of this year to 4.6 in the second quarter.

So, by this measure of housing affordability, prices would have to fall by 28 per cent from the their current level to reach the long term average since 1983 for first-time buyers. While homeowners may be dismayed at the prospect of a major asset losing more than a quarter of its value, younger people might more reasonably regard such a reversion to the mean as a chance for them to escape from rented accommodation – and a good reason not to rush to buy now.

Any or all of three main factors could precipitate such a large change in house prices. Higher interest rates – now regarded as a question of ‘when’, rather than ‘if’; higher unemployment – ditto; and reduced mortgage availability; already a fact.

With inflation running well above Bank of England targets, however it is measured, and the coalition government determined to cut spending to reduce deficits, the only real question is whether higher interest rates or rising unemployment will be first to burst the housing bubble.

Housing analyst John Wriglesworth of the Wriglesworth Consultancy said: “First-time buyers who decide to proceed at present face a double difficulty of having to find higher income multiples than have been regarded as reasonably affordable in the past and being required to produce higher deposits if they want to fulfill their housing aspirations.”

As pointed out in this space before, it might be wiser for prospective first-time buyers to wait before they buy and save a bigger deposit while prices fall.
Eingestellt von Lily-Baby-Shop um 09:06 Keine Kommentare:

Some 150 clinical areas will eventually have their own set of quality standards, with the first three published today covering dementia, blood clots and stroke.

The standards set out the type of care patients can expect and some timeframes for treatment.

Mr Lansley, who has scrapped several of Labour's key targets, including the guarantee of a GP appointment within 48 hours, insisted the new standards were not just another set of targets.

Speaking at the launch of the standards, which have been developed by the National Institute for Health and Clinical Excellence (Nice), Mr Lansley said they were not mini-targets as they were ''evidence-based'' measures identified by the NHS itself.

''These are standards, not diktats. It is not politicians establishing these, I am not picking them out.

''If I started doing that, I would be distorting clinical standards.''

The announcement comes as a survey of 120 NHS managers found almost two-thirds believed Mr Lansley was wrong to drop targets.

The poll, from nhsmanagers.net, found many thought axing targets was a step backwards.

Some 59 per cent said targets should stay, with some telling the site that there could be a return to long waiting lists for patients.

The latest standards from Nice are drawn from various sources, including existing Nice guidelines, and reports from the Royal Colleges, the Department of Health and the National Audit Office.

It will be up to local managers - or possibly GPs in the future - to check if the NHS is meeting them.

If trusts fail to reach the standards, they could face losing contracts to carry out services, such as stroke care, which could be commissioned from other hospitals instead.

It is unclear how data will be collected nationally so patients can assess whether standards are being met.

Dr Tim Kendall, who led development of the dementia standard, said it would help transform the experience of dementia patients but also support carers.

''Some carers suffer far more than they should. People with dementia effectively die while the person caring for them watches them disappear,'' he said.

The stroke standard sets out how patients can expect to receive a minimum of 45 minutes, five days a week, of therapies to help them improve, such as speech therapy or help with movement.
Eingestellt von Lily-Baby-Shop um 09:05 Keine Kommentare: 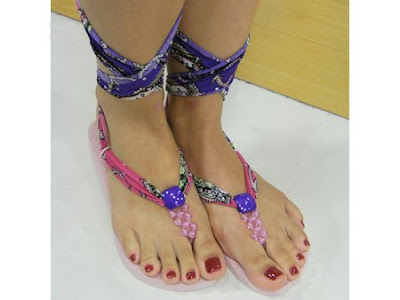 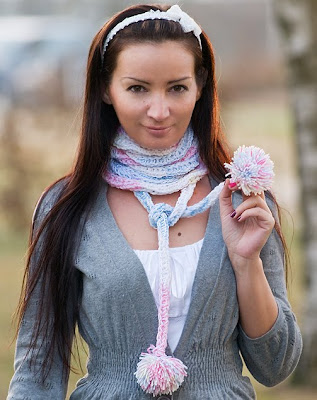 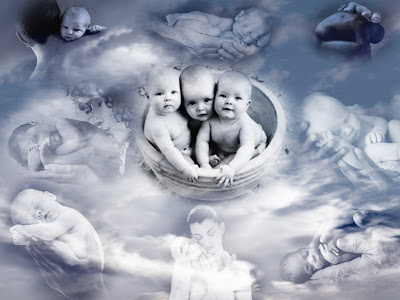 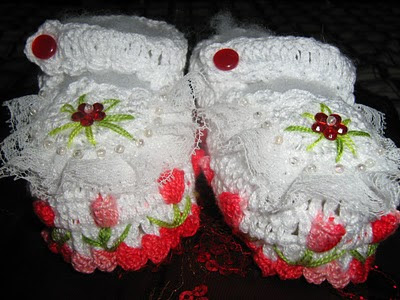 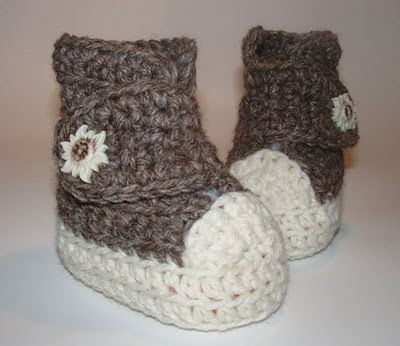 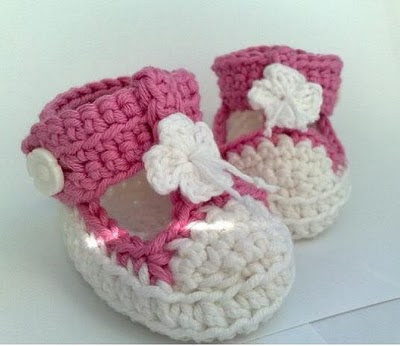 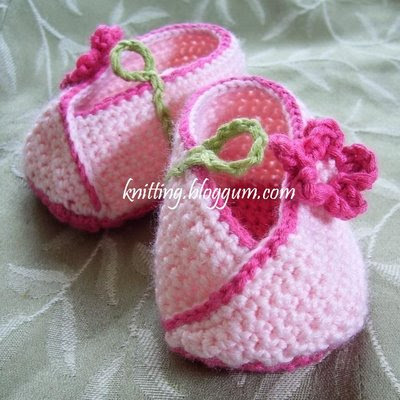