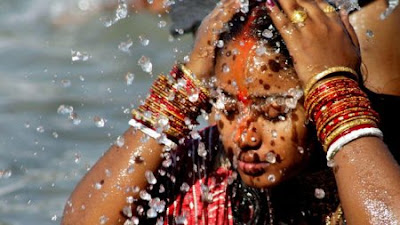 > Posted by Anthony Man on April 9, 2010 02:14 PM
The special election is Tuesday, and Democratic congressional candidate Ted Deutch holds a commanding advantage in campaign contributions, taking in more than $1.5 million since launching his campaign last fall.

His two opponents have raised so little that their entire treasuries would amount to little more than rounding errors in Deutch’s campaign checkbook. For every $1 he’s raised, opponents Ed Lynch and Jim McCormick have taken in less than six cents.

Reports filed with the Federal Election Commission show that Deutch, a lawyer and Democratic state senator from west of Boca Raton, raised $1.35 million in campaign contributions through late March. Since then, he’s received at least $160,600 more.

Republican Ed Lynch, a contractor and consultant who lives west of West Palm Beach, has raised $81,000. Most of that money came in before late March; he’s received another $3,200 since.

Despite his boast to a FOX News interviewer that passage of the new federal health care law produced a tidal wave of new contributors to his campaign, reports filed by Lynch don’t show any surge that would give him the cash to spread his message.

Deutch’s money has allowed him to run a well-organized campaign with paid staffers, repeated mailings to voters’ houses, and television advertising – all aimed at getting his supporters to the polls in the overwhelmingly Democratic 19th Congressional District.

A third candidate, computer consultant Jim McCormick who lives west of Boca Raton, raised $4,816. McCormick, a registered Republican until February, is running with no party affiliation.

Deutch, Lynch and McCormick are running to succeed U.S. Rep. Robert Wexler, D-Boca Raton, who resigned his Broward-Palm Beach county congressional seat in the middle of his seventh term.


The winner will serve the remaining eight months of Wexler’s term; the office is up for election again in November. The 19th Congressional District has 458,790 registered voters who can participate in Tuesday’s election.

The $181,000 cash Deutch’s campaign had in the bank as of March 24 – not including at least $160,600 more since then – is more than double the total his two opponents combined have taken in during the entire six-month campaign.

All three could have more than those totals indicate. Small contributions taken in after March 24 don’t have to be publicly reported before Election Day. Federal rules require disclosure only of larger contributions in the closing days of a campaign.

Though he’s a Democrat, Deutch received contributions from individuals and political action committees across the political spectrum, ranging from business leaders to labor unions.

Among them: $9,600 from H. Wayne Huizenga, the billionaire Republican business entrepreneur from Fort Lauderdale, and $9,600 from Alfonso and Andres Fanjul, two members of the Palm Beach family that runs Florida Crystals Corp.

An examination of the reports shows that the seminal political event of 2010 – the Democratic Congress’ passage of the health care overhaul law – didn’t do anything to alter the candidates’ financial positions.

The disclosure reports show the pace of itemized contributions picked up for in the days after the health care vote – for both Lynch and Deutch. That coincided with the cutoff point for the last big financial disclosure before the election, and contributions often spike as the deadline looms.

Lynch last week he didn’t get a big increase in money in the aftermath of the health care law.

“The number of contributions has jumped up, but actually our average has gone down,” he said. “The other day I got a $1 bill from someone. We got a ton of tiny dribs and drabs. That was up tenfold, which was the 1,000 percent.”

A bit of India swirls into town - Exotic dance, colorful costumes a treat at Hoyt Library

Exotic dance, colorful costumes a treat at Hoyt Library
JOHN KRISPIN jkrispin@timesleader.com
KINGSTON – The sounds of music and rings and rattles of bells do not usually suggest the setting of a library, but for a few hours on Saturday, this was a place of song and dance. 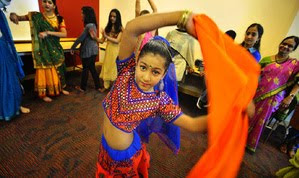 Sonal Garg, 8, does a traditional Indian dance at the Hoyt Library in Kingston. Two local groups of dancers put on a display of their art Saturday.
AIMEE DILGER PHOTOS/THE TIMES LEADER 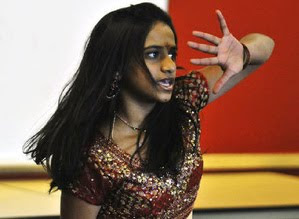 Kajal Patel shows guests at the Hoyt Library the Jai Ho dance made popular by the movie ‘Slum Dog Millionaire.’
Select images available for purchase in theTimes Leader Photo Store
Two groups of traditional Indian and fusion-dance members brought their customary and modern moves to the Hoyt Library Saturday morning and afternoon, attended by more than 50 teenage students.
“We dance a tribal fusion,” said Audrey Marut, 30, a native of Dallas and member of the Solstice Bellydance Troupe. “It fuses modern dance with ballet, hip-hop and traditional belly dance moves.”
The belly dance troupe was represented by Marut, who goes under the alias “Shula” while performing, and Carrey Ann Mudlock, 40, Pittston, whom you can call “Naia” once on stage. The two are just half of the troupe members who meet at ArtsYOUniverse, Wilkes-Barre. Their dancing incorporates not only dance but also a bit of acting skill, vaudeville.
Their facial expression, along with body motions, tells the story of the routine. The wardrobes, a gleaming and shining array of purple and sequins, would be similar to the authentic dress one would find on travels afar in India and beyond.
During the final segment of dancing, the women asked the audience for dance volunteers, and 15 students answered. They joined the two in a circle, exhibiting simpler techniques that the children were quick to copy.
“I thought it was kind of fun when the kids were dancing,” said Qalil Ismail, 14, of Wyoming Valley West High School. He, too, was one of the dancing students.
“It was awesome,” said Garrett Brand, 14, Wyoming Valley West Middle School, showing humbling signs of dancing with his girl peers.
Food and drink were offered up by Ratna Patimalla, a staff member of the Hoyt Library. Along with making the food, she donated custom outfits for the workers.
The Hoyt Library advocates its Teen Advisory Committee and other ways of bridging the gap in its patron age groups.
“We never seem to get enough teens involved,” said Carol Damus, outreach coordinator for the teen advisers. “This dance (performance) was their idea.” About 20 teens regularly attend the meetings and were in attendance Saturday.
For more information on the Solstice Bellydance Troupe’s schedule, contact ArtsYOUniverse at (570) 970-3592, or at Solsticebellydance@yahoo.com.
Next week is National Library Week and the 2010 Pennsylvania Initiative opening event. 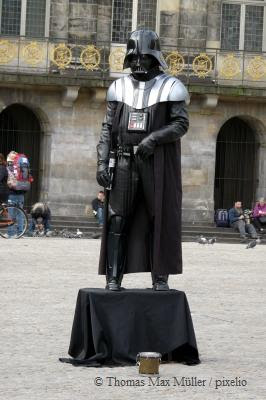 By Miss-A. ⋅ April 7, 2010
Hope you all had a nice Easter weekend! I did and I even went to the cinema on Saturday to see the new “Alice in Wonderland”. Which brings me back on track to my film titles topic. Well, not Alice herself (this title has been translated neatly) but the cinema.

Looking at the titles of films showing in German cinemas now or soon again I have to mention the kind of translation that I personally find most disturbing – ‘the mixture’! Examples include: “Blind Side – Die große Chance”, “Precious – Das Leben is kostbar” and “Gesetz der Straße – Brooklyn’s Finest”. As you can see both sides are represented: you can start by ‘quoting’ the original title and then add a ridiculous German ‘explanation’ or start with the German version but include the English original at the back in case someone prefers it this way. Translating titles is a very responsible and difficult task so why expose the whole process and render it quite pointless at the same time by making the original and the translation stand side by side.

Oh, and one more thing that drives me crazy: creating monstrous anglicised neologisms like “Der Kautions-Cop” (for “Bounty Hunter”). Why??