Euro 'will be dead in five years' - By Edmund Conway - telegraph.co.uk/finance 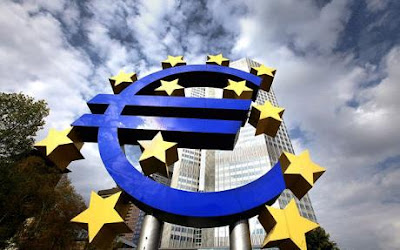 The euro will have broken up before the end of this Parliamentary term, according to the bulk of economists taking part in a wide-ranging economic survey for The Sunday Telegraph.


By Edmund Conway
Published: 10:23PM BST 05 Jun 2010
The survey's findings underline suspicions that the new Chancellor, George Osborne, will have to firefight a full-blown crisis in Britain's biggest trading partner in his first years in office

The single currency is in its death throes and may not survive in its current membership for a week, let alone the next five years, according to a selection of responses to the survey – the first major wide-ranging litmus test of economic opinion in the City since the election. The findings underline suspicions that the new Chancellor, George Osborne, will have to firefight a full-blown crisis in Britain's biggest trading partner in his first years in office.

Of the 25 leading City economists who took part in the Telegraph survey, 12 predicted that the euro would not survive in its current form this Parliamentary term, compared with eight who suspected it would. Five declared themselves undecided. The finding is only one of a number of remarkable conclusions, including that:

• The economy will grow by well over a percentage point less next year than the Budget predicted in March.

• The Government will borrow almost £10bn less next year than the Treasury previously forecast, despite this weaker growth.

• Just as many economists think the Bank of England will not raise rates until 2012 or later as think it will lift borrowing costs this year.

But the conclusion on the euro is perhaps the most remarkable finding. A year ago or less, few within the City would have confidently predicted the currency's demise. But the travails of Greece, Spain and Portugal in recent weeks, plus German Chancellor Angela Merkel's acknowledgement that the currency is facing an "existential crisis", have radically shifted opinion.

Two of the eight experts who predicted that the currency would survive said it would do so only at the cost of seeing at least one of its members default on its sovereign debt. Andrew Lilico, chief economist at think tank Policy Exchange, said there was "nearly zero chance" of the euro surviving with its current membership, adding: "Greece will certainly default on its debts, and it is an open question whether Greece will experience some form of revolution or coup – I'd put the likelihood of that over the next five years as around one in four."

Douglas McWilliams of the Centre for Economics and Business Research said the single currency "may not even survive the next week", while David Blanchflower, professor at Dartmouth College and former Bank of England policymaker, added: "The political implications [of euro disintegration] are likely to be far-reaching – Germans are opposed to paying for others and may well quit."

Four of the economists said that despite the wider suspicion that Greece or some of the weaker economies may be forced out of the currency, the most likely country to leave would be Germany.

Peter Warburton of consultancy Economic Perspectives said: "Possibly Germany will leave. Possibly other central and eastern European countries – plus Denmark – will have joined. Possibly, there will be a multi-tier membership of the EU and a mechanism for entering and leaving the single currency. I think the project will survive, but not in its current form."

Tim Congdon of International Monetary Research said: "The eurozone will lose three or four members e_SEnDGreece, Portugal, maybe Ireland e_SEnD and could break up altogether because of the growing friction between France and Germany."

The recent worries about the euro's fate followed the creation last month of a $1 trillion (£691bn) bail-out fund to prevent future collapses. Although the fund boosted confidence initially, investors abandoned the euro after politicians showed reluctance to support it wholeheartedly.